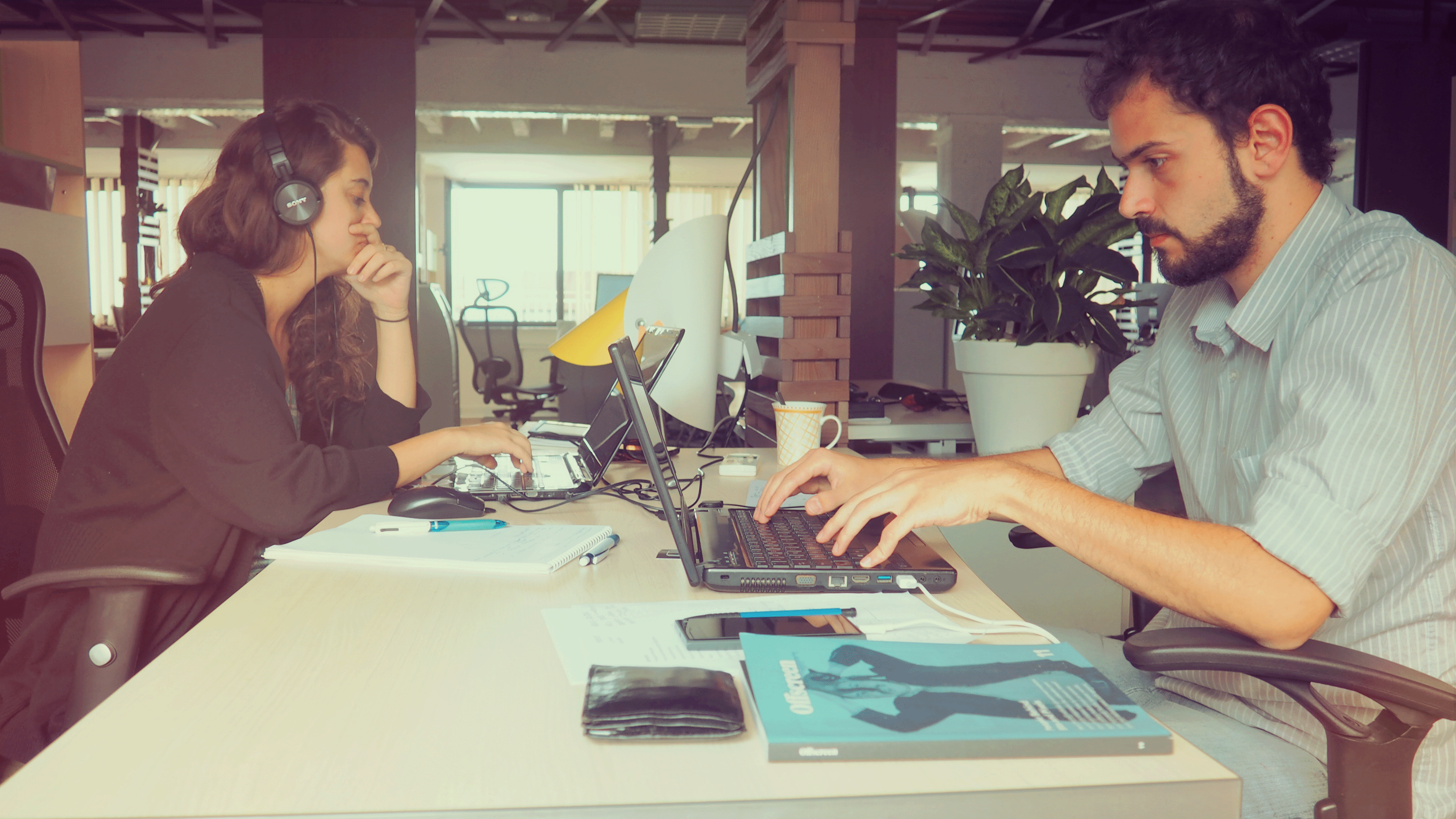 This summer we had the honor of hosting two interns from Brazil. We learned a lot from each other and forged a friendship that spans continents.

Sylvia Rodrigues and Gustavo Grossi came from Belo Horizonte, Brazil, to Belgrade, through the AIESEC Global Entrepreneurs program. They helped us explore the Brazilian market and identify the obstacles we need to overcome. We learned a lot from each other over the Summer and forged a lasting friendship. This is their story.

That was my first thought about the world when the plane landed in Belgrade. Leaving my home and travelling far, far away across the Atlantic seemed like a scary prospect. It took a trip to Serbia for an internship at Devana Technologies for me to realize how small this planet is. How close we’re to one another.

We were delighted by Devana’s organic organizational structure that sets you free to develop any sort of ideas – related or not to your goals – since ideas are good! To try without fearing mistakes, count on your friends’ help and never desist are the biggest incentives we had here. This seems like the true path to success, no matter how hard it can be.

Our first steps were to learn as much as we could about the internal and external environments, to get into the company’s routine and understand how we should take action. To take decisions is much more than just imagine, there is an infinity of factors that are influencing you every time – some of them you don’t even know that are happening. Something that people could call “the confluence of the universe” on your favor (or not, sometimes). Maybe that’s how, unconsciously, we say we have to fight for and spread the love.

Among many smaller projects our biggest deals were the creation of an approach to the Brazilian community, sponsor a WordCamp in Rio de Janeiro and create an embryonic system for ManageWP’s local partners. That is now working on practice and hopefully it will be applied worldwide in the future. We’re are at the beginning of the harvest of our results, not only in market issues, we now have a bigger network of work partners, friends (!), and experience that we wonder how fruitful it will be in the coming months and years. Even the smallest memories will suffice for life. Paraphrasing the words of a big composer of our land, representing very well the values of our people and what we truly are: “the true man doesn’t lose the hope, the true stubborn doesn’t dream another dream.”

It sounded like a rendition of the epic Don Corleone quote: “I’m gonna make you an offer you can’t refuse”. Working for two months for the cutting-edge company Devana Technologies, living in the vibrant and fascinating city of Belgrade – all during the summer, mind you- and developing a Market Strategy Project for ManageWP, aimed at boosting the Brazilian marketplace. That was all music to my ears and I didn’t think twice about it I applied for the program and was –to my satisfaction- accepted.

I was excited, but fearless.

The project that we had on our hands was a completely blank ‘white’ canvas– which can be an extremely pleasant way to work when you are striving to create new things. I must confess that during the first few days, however, there was a feeling of uncertainty and hesitancy: I did not know where –or how- to start. We had to first deeply understand the Brazilian WordPress community – definitely not what we could call “a piece of cake.” Even so, the magic happened when we found ourselves at a dead-end: through daily routine, it gave us the opportunity to really go the extra mile to stimulate ideas and experience exchanges, as well as discussions. This resulted in new ideas and creativity. I felt that each day I opened my laptop and started a new journey. Every day was different and full of enthusiasm.

Looking back in time, we can understand that nothing is permanent: an idea is a living organism that changes all the time. A notepad full of ideas, a lot of cards on the Trello Board. Many shared documents and liters of coffee later, we were finally able to outline an action plan aimed at our Brazilian audience. In the interim, we developed a close relationship with Brazilian WordPress influencers, which helped us create a buzz in the WordPress community, and subsequently, allowed us to create the concept of Local Partners inside the Brazilian community. Through these projects, I began to believe that we had paved the way to replicate the Local Partners Project on a global scale.

The sky was (and still is) the limit. And considering that one of CEO Vladimir Prelovac’s intentions is to send a rocket to the Moon, I’d rather not use the word “limit.”

“Devana way of life” can be easily recognized in (and by) each person in its team. By proposing an organic approach to management, with horizontal interactions and a positive work environment, you can feel that the company encourages experimentation. Mistakes and contradictions are not a taboo – a mix that leads to authenticity. Consequently, I found here, in Belgrade, a team of crazy talented and passionate guys.

Mondays started to have a new meaning.

It was remarkable to be part of a team and to be mentored by someone as motivated and friendly as “Sir” Nemanja Aleksić, ManageWP Growth Engineer (actually a multitasking type of guy who could one day be an awesome history teacher or a travel guide in his free time).

We learned that to be a survivor in this crazy and unpredictable tech-driven world, a company must keep reinventing, adapting and evolving. Darwin’s theory at its best! While working at Devana you can experience this roller coaster on a daily basis: nothing is settled, everything is changing all the time.

I’m glad that we kind of “shortened” the distance between Serbia and Brazil. I dare to say that there are more things in common between Serbs and Brazilians than we could have imagined.