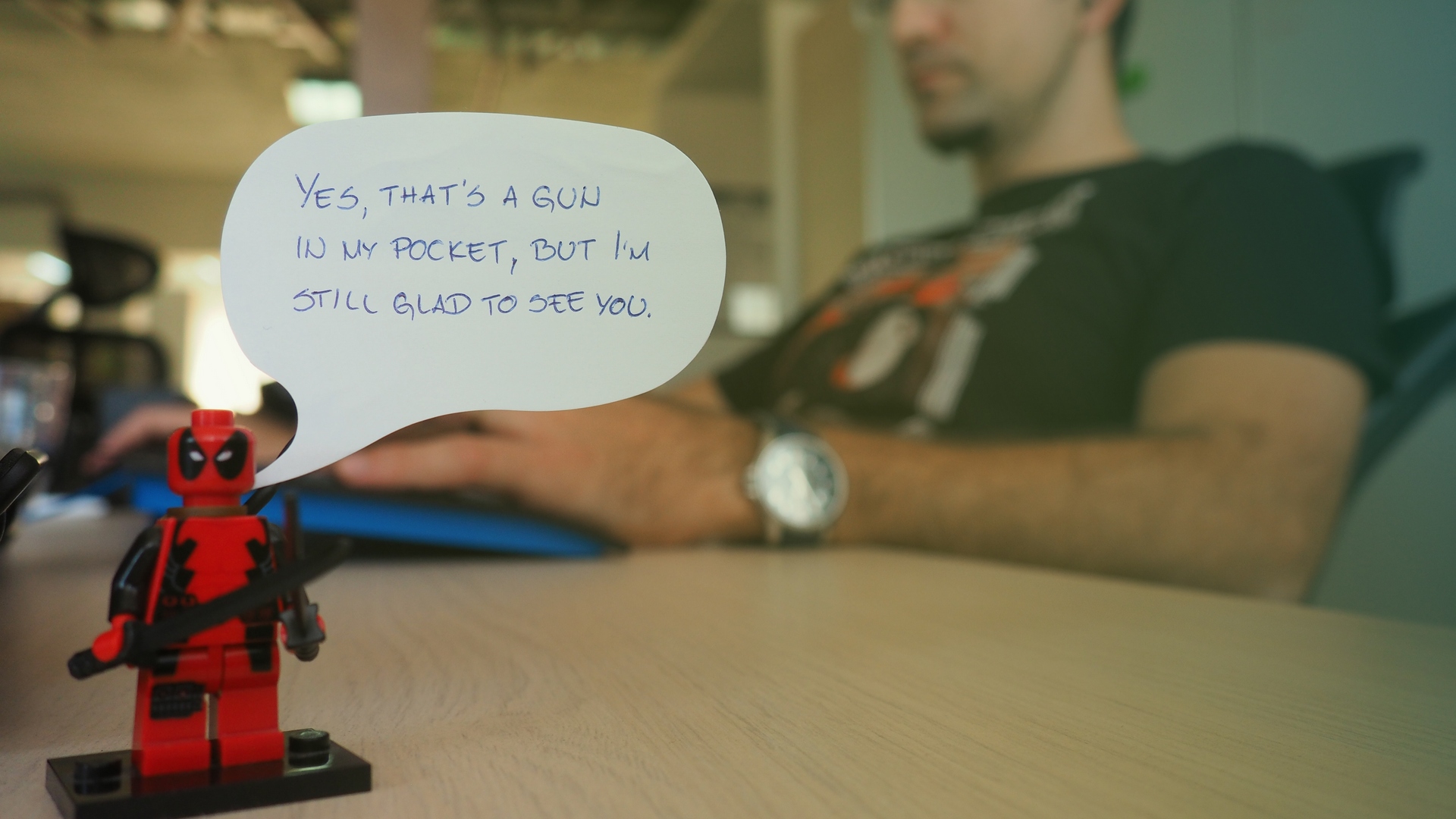 My Two Years in Devana Technologies

Sales, tech support and public speaking - the three things I vowed never to do in my life. My time in Devana Technologies helped me change the way I look at those three things, and life in general. This is my experience with ups and downs of life in Devana.

Tech support was not really my cup of tea. Serbia has no customer happiness culture, and tech support agents are, for the most part, punching bags. That’s why I was initially reluctant when a friend of mine tried headhunting me for Devana support. In the end I relented because I wanted a career change, and I knew half the Devana team from way back. It turned out to be the best career decision I made so far. The company is pretty unusual on so many levels, especially for someone like me, who switched from companies with hundreds of employees. I spent the first few months unlearning everything I knew about company culture, so I could take in this strange new, organic evolution called Devana.

I was an intern at the time, with only 20 days on board. We had a problem with one of our largest clients; they were unhappy about an aspect of our service, and were considering switching to a competitive service. Our CEO Vladimir Prelovac called up a meeting, and for some reason I was invited along the top brass (later I realized they wanted a fresh pair of eyes in the meeting). Ideas were pitched back and forth, while I stuck to the back of the room, keeping my mouth shut and doing my best not to interrupt them. At that point the CEO looked at me and asked “What do you think, Nemanja?”

Screw this, I’m going back to my bat cave to watch Game of Thrones.

All eyes turned to me. I subtly checked my pockets – damn, all out of flashbangs and smoke bombs. So I walked up to the whiteboard and started drafting my proposal. It took me a few minutes to turn it into a coherent plan, and judging by their faces it wasn’t the worst idea that day. The meeting ended, and, to my surprise, I received a BCC of an email to our client, with my proposal was in it. I was still smirking when the HR assistant walked up to me and told me to get my papers ready so they could hire me full-time.

I fell in love.

To this day I still tell this story as a proof that good ideas can come from anyone in the company – you need to encourage your employees to share ideas and come up with solutions of their own, instead of simply doing what they are told.

The Pros and Cons of Task Ownership

I started in the ManageWP Customer Happiness team, but as my empathy and awesome sense of humor started getting me out of a lot of (and into a few) bad situations, I started going into the business development side of Devana. At some point, as I sifted through the statistical data, I noticed some of the numbers were off. I started crunching them and after a while it turned out that the data we used to make big business decisions was inaccurate, by a large margin. So I went straight to the CEO and told him about it. He thanked me and I happily went back to my daily routine.

Two weeks I got an email from the CEO, asking me why I haven’t fixed the statistics. I was called up to his office, where I was reprimanded in front of all the company partners for finding the problem, but not solving it.

You see, we have a task ownership culture in Devana. It means that if you want to do something, you don’t just hand it off to someone. You are the task owner, and it’s your responsibility to see it through, and get on board anyone you need to get it done. So, instead of getting a developer to sit down with me and figure out a new statistical algorithm, I took an easy way out and passed the buck to the CEO.

This, and other factors built the culture of high productivity, which is why…

A Lot of People Could Not Fit In

Our company does not care much about rules – we’re all about getting shit done. If you can do your part in three hours, feel free to come in late, leave early, or go work from a hotel in Barcelona, for all we care. We trust each other, and we make sure that the deadlines are honored.

Naturally, in order for this to work you need to know your stuff to be able to meet the deadlines, and to be responsible enough to actually do your job without anyone checking up on you. We had a few people that were great at what they did, but they needed constant supervision to keep them on track. Their team lead would inevitably get tired of micromanaging them, and in the end he would ask them to leave.

The other type of people that left a lot were decent performers, who did their job responsibly. This hurt us the most in the product department, here’s why: writing decent code is actually bad. Decent developers bust their backs, only to have a good developer take over because the deadlines are not met. The good developer would usually have to start from scratch (it’s usually easier than fixing other people’s code), which wasted everyone’s time and effort. These people usually left on their own, opting for a work environment with less pressure and expectations that match their skill level.

Another important thing about our team is that we’re passionate about what we do. You can’t turn off passion when you walk out of the office. That’s why you’ll find a lot of us online late at night, finishing a minor commit and answering an email correspondence that can’t wait until tomorrow.

The people that stuck together through thick and thin (some 12 of us, out of 25 people we currently have on our team) are honestly the best people I’ve worked in my life – I can trust them with any kind of task, and I know that they will exceed my expectations. This is why we insist on so many obstacles in our hiring process – we want to make sure that the person that makes it to the face-to-face interview is the kind that asks questions like “What is the work environment like?“, and not questions like “How often do you have team building events?”

For the Right People, It’s the Perfect Place to Grow

You need to care about what you do in order to give your best. You need to be a team player, because trust and teamwork is what makes us better than the sum of our parts. And most of all, you gotta be willing to learn, innovate and invent new ways to deal with a challenge, when the old ways don’t cut it.

A lot of people in Serbia don’t want that – a good salary and a steady job are enough. But there are some out there, like us, that have that urge to create something that matters. Maybe someone like you, since you’re still reading this article (or you probably just skipped straight to the Samuel L Jackson meme – that’s cool, here’s some more).

That’s why we have a virtually unlimited budget for books, training, seminars and certifications. It’s why we built an amazing work environment that keeps you just outside your comfort zone, so you wouldn’t be afraid to make mistakes and learn from them.

It’s an adventurous ride that brought me from the Customer Happiness position to the lead position of the Growth team, where I can experiment with all sorts of ways of growing our user base and revenue.

If I could do it all over, I wouldn’t have it any other way.