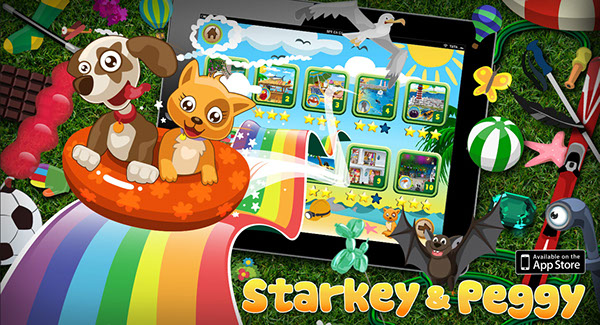 Hard Lessons Learned on How Not to Build a Game Company

Surprisingly, having both money and passion when starting a business is not enough. Here is how I learned quite a few valuable business lessons the hard way.

This is a story of great passion but don’t expect a happy ending.

In summer of 2012 I decided to pursue my great passion in life – creating computer games. I had the funds and thought that I had what it takes to create a great game development company.

We decided to call it Supersonic Parachute.

I won’t go too much into the unnecessary bits and pieces rather I will outline the most important details that ultimately led to its demise.

I decided to focus on the emerging platform for gaming – the iPad. And the idea behind the first game was to create something that our kids would love to play. Around six months later Starkey and Peggy was born. Get it here on Appstore.

It was everything I wanted. The gameplay was superb, and we invested a lot into playful characters and rich scenes. We had several original tunes and all in all this is still one of the best games you can find in the app store for kids age 2-4. It indeed became my kids’ favorite game.

So what went wrong? Nobody knew about it. We had absolutely no reach in the app store which meant that we sold about 3 copies a month. Since 2013 when it launched it made something like $100 USD. And it cost around $30,000 USD to make.

Lesson 1: Do not create products for the markets you are not familiar with (have no network).

And me being a gamer does not count as being familiar with the market. We did not have the go to market strategy.

But at the time we thought we just needed to make a better game. So we increased our ambitions. We started creating two games in parallel. And I delegated more responsibility to the team members as I was needed to run our main (web) business that was paying for this.

Lesson 2: Never have an inexperienced team do two ambitious projects in parallel. They will fail.

This was to be a mix of fantasy roleplay and strategy with elements of real-time combat. By a team who never created a successful game in any of these genres on its own.

Lesson 3: When you are just starting a business, start with something small that you can certainly make happen. Or you will fail.

A 3D shooter where the player was a mouse living in a mad scientist’s house fighting horde of incoming creators with ever advancing weaponry. However it started as a paper plane simulation, need I tell more?

Lesson 4: Pivots are fine but at least stay in the genre. If you pivot to another genre (niche) you will probably fail.

We didn’t finish either of these before we ran out of money. There was no end in sight and we did not solve the go-to market strategy. I decided to call it quits. We ended up spending around 120,000 EUR or ($170,000 USD at the time) for one published game, a bunch of code that we will never use again and some beautiful artwork.

Looking back most of these mistakes could have been avoided if I created a clear plan and demonstrated strong leadership. I didn’t do either and things that I had – passion and money – were not enough.

Lesson 5: Creating games and for that matter companies requires outstanding leadership. If you do it part-time you will fail.

Somehow I believed that the team will handle the job without me and that I did my part by providing what I believed was the most essential thing – money.

Lesson 6: Trusting a project to an inexperienced team is a very cruel thing to do to them. They will almost certainly fail and you will lose a lot of money wondering how the hell that happened.

However, when I look at these images now, I have no other regrets other the one that this could have been different if only I knew better. I still associate this period of my life with a lot of feel-good moments, ones that can only be created in a passionate, startup environment. We solved a lot of difficult problems, created some fascinating technology and artwork, and brainstormed a lot of ideas. Too bad we did not succeed as we had a lot of very talented people who could have flourished. But I will leave that to happen hopefully some other time in the future as this dream of mine still stays strong.