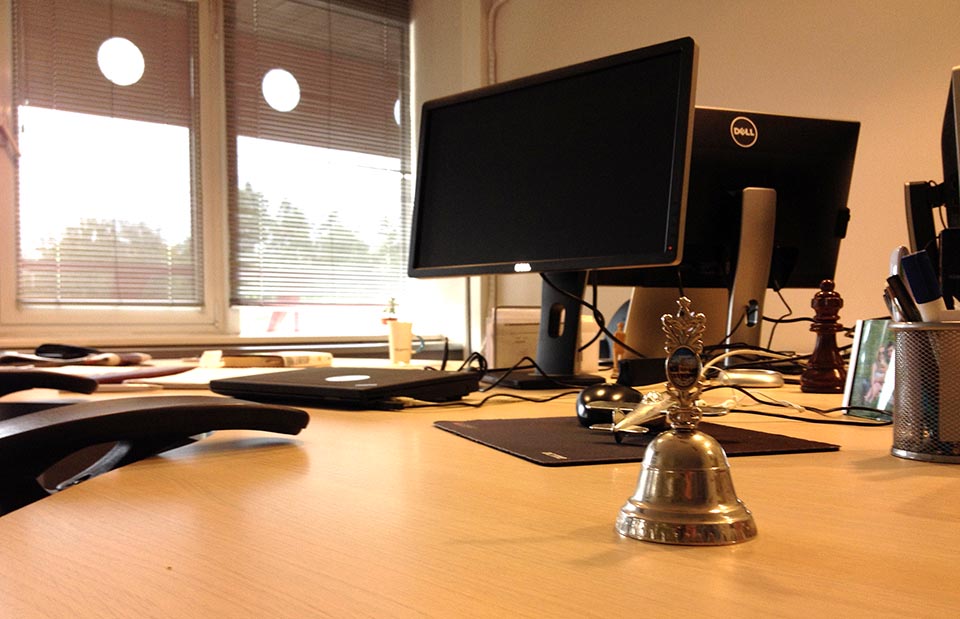 Can fixed hours be better in a startup and in what circumstances? We made an experiment and the results have been surprising.

We did a little experiment in ManageWP – Devana’s flagship product, that affected all employees working on that product.

Startups usually work under the premise “I go home when the work is done“. There are of course situations in a life-cycle of a company (especially startup) when going home when the work is done is the only option you have. But for an established product/company – that cannot and shouldn’t be the de-facto standard. I deeply believe that “I go home when I finish the work” mindset heavily contributes to one’s burning out.

There’s always more work to be done, and unless there’s a “stop” sign out there somewhere, it won’t end up well. So, instead of widespread practice in most of agile companies that foster flexible (or non-existing) work hours “as long as the shit gets done”, ManageWP team tried rolling back to traditional fixed hours.

For entire month of July they worked fixed hours: started from 9am-5pm in the first week, and then transitioned to 8am-4pm next week and then 7am-3pm for last two weeks – and I joined in for the experiment.

Exactly at 3pm, one of us would ring a small bell to designate EotD (end-of-the-day), which means you basically have to move away from your computer and go home. And we found that bell sound effect to carry immense power during the experiment. There are two ways you can go home: feeling tired, but happy and productive; or feeling frustrated because you feel you haven’t done anything meaningful that day.

Back to school – the bell sound effect

How can you can make sure not to go home frustrated feeling lack of any progress? For one, you can set your goals for the day, and leave the office when you fulfill them. Problem with this approach is we’re all usually over-optimistic with estimates, which leaves us with either burning out, or going home feeling frustrated because we did not meet our expectations for the day. Another way is to limit yourself to n-hour time, and try to do as much as possible within that frame.

Now, that’s why the bell ritual is so important. You go home at 3pm. Ready or not. So you better wrap up those two things, because you got only so much time left :)

We initially sacrificed a little bit of a morning sleep, in exchange for a whole new,, previously non-existing, world out there. At first, when I got home at 3.30pm, I didn’t know what to do with myself. It was a funky feeling somewhere in between “it’s Saturday” and “I’m sick and called in home”.

Personally, I feel like I have much more time during the day. Before my routine used to look like this: I would wake up at 6am (courtesy of my 18-month old screamer),  check emails and news in the morning, respond to few, then after shower and breakfast get to work around 10am, and work until around 7pm. Got home energy-less, have dinner, and  zombie out rest of the evening.

As much as it seems not likely – my brain works absolutely fantastic at 7am. Between 8am and 11am I can do most of the heavy lifting for the day, and then leave afternoon for meetings, emails, and various touch-bases.

After a month has passed by, we set down to discuss how we all feel about the experiment, and try to set the course for the future. Most of the team expressed utter surprise with how their body responded to early hours. One younger colleague said  “I wasn’t too happy about the experiment when we started, but now I really like the idea of working in the morning”.

On a personal level, everyone agreed that having entire afternoon for yourself and leisure is a tremendous trade off for getting up early. And wanted to keep it. But most importantly, we acknowledged the improvement in efficiency when working fixed hours as a team. Working flexible hours is a real pain in product teams when lot of interaction between engineers, product owners, data analysts, and customer happiness team is needed on the daily level. It can be mitigated with better processes, but at the end of the day it will add unnecessary overhead in time spent to actually produce something. I guess this is probably the best take-away from this experiment.

As a result – the team agreed to keep the fixed hours as it improved the efficiency, and continue getting to work in the morning as free afternoon means a lot to all of us. So, as of now – the new work hours are 7.45am – 3.45pm :)